Periorbital hyperpigmentation, otherwise known simply as dark circles under the eyes is a commonly encountered condition.

It is a dreaded condition that affects millions of people and while it is not potentially dangerous, it is still dreaded by many as it can make a person look older than they really are or just constantly look tired and exhausted.

Which actually makes sense because this condition can be caused by many factors with the most common being stress and sleep deprivation.

While it is incredibly pesky and annoying because it can be ridiculously difficult to get rid of, the good news is that getting rid of dark circles under the eyes is actually manageable.

It ain’t easy. But it is manageable.

You just need a little bit of patience and probably some lifestyle changes and you will be as good as new very soon.

So in this article, I would like to point out some of the major causes as well as how to get rid of dark circles under the eyes.

5 Causes Of Dark Circles Under The Eyes 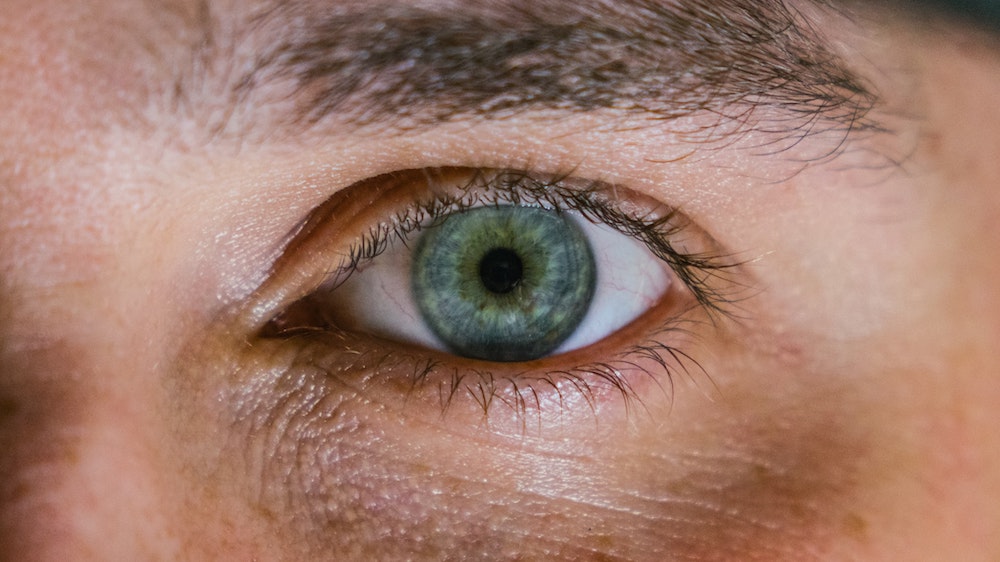 I am a strong believer that in order to treat something successfully you have to know where is it coming from.

What is it that you are doing wrong, or not doing enough of that can be a major issue and your skin is trying to make you aware of it?

Here are some of the things that most of us are guilty of doing.

Staying up a few hours every once in a while is totally fine.

We get it, you get to have some time for yourself in the evening, the movie is fantastic, that glass of delicious wine is the bomb and before you know it you’ve stayed awake hours past your normal bedtime.

That’s cool, nobody can say a thing about it.

But when you are constantly staying a few hours here and a few hours there past your normal bedtime and you still have to wake up early in the morning, this can cause some pretty nasty dark circles to form under your eyes.

And the worst thing about it? Everyone’s gonna notice.

There might be someone who is even bold enough to come and ask you what the heck have you been getting up to last night. Happens to me all the time. Being nocturnal is rough.

Constant lack of sleep will cause your skin to become dull and pale, and being thin and delicate as it is – the skin under the eyes will allow dark tissues and blood vessels beneath to become more prominent.

Staring at your television, your computer screen or as we all do – stare at our phone screens before bed can cause significant strain on the eyes.

Blue light is a short wavelength, which means it produces higher amounts of energy and studies have proven it can cause eyestrain, fatigue, headaches, and insomnia.

The strain can cause your blood vessels to enlarge and become more prominent on the surface of the skin.

Smoking chronically deprives the skin of oxygen and nutrients and it is somewhat normal for some smokers to appear pale or develop discolourations on their skin such as dark circles.

This is one of the most common causes for the appearance of dark circles under your eyes.

When you have a low water intake and your body is not receiving the adequate amount of hydration needed to function properly this can be seen on the skin as it begins to look dull and sallow.

The delicate and thin area around the eyes can appear darker and make your eyes look sunken.

Dark circles are most commonly associated with genetics and considered to have a genetic basis. Some of us are more prone to pigmentation than others.

Dark circles under the eyes can be an inherited trait which can be seen early in childhood, but this may worsen as you age as it is also recognized that stress and lack of rest can cause pigmentary changes due to uneven melanin deposition in the skin. 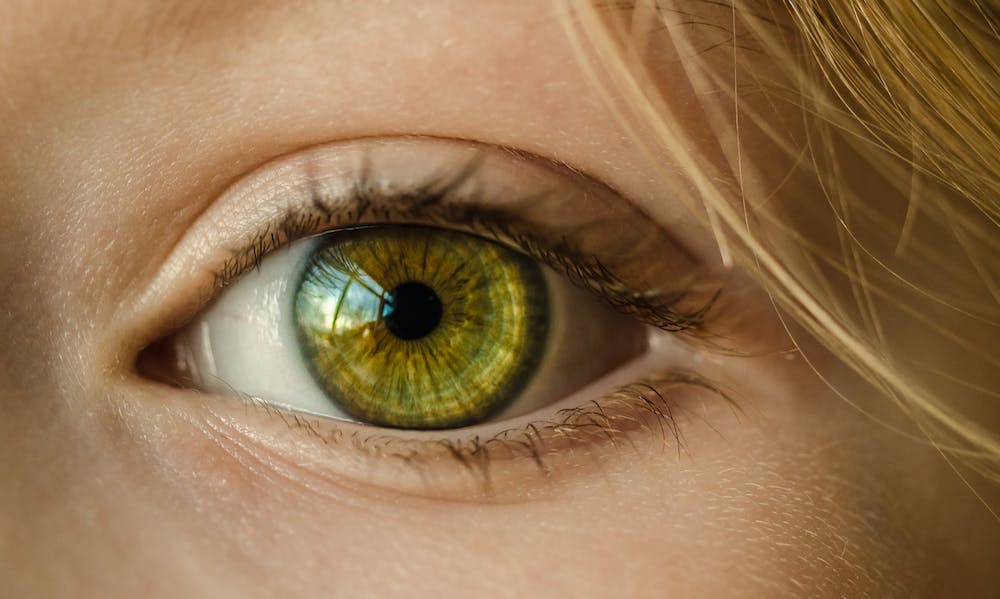 How To Get Rid Of Dark Circles Under The Eyes

There are many easy and natural ways to get rid of the dark circles under the eyes.

From applying cold tea bags under the eyes to some important lifestyle changes, take a look at these remedies and get rid of them for good.

Water is lost from the body in large quantities every day, and you need to replace this loss so your body can function properly.

The skin is our largest organ, which just like any other part of the body is made up of cells. Skin cells need water for their function and without it, the organs cannot function at their best.

Lack of hydration will present itself by turning your skin dry, tight and flaky. This will make your skin lose its resilience and leave it prone to wrinkling very quickly. 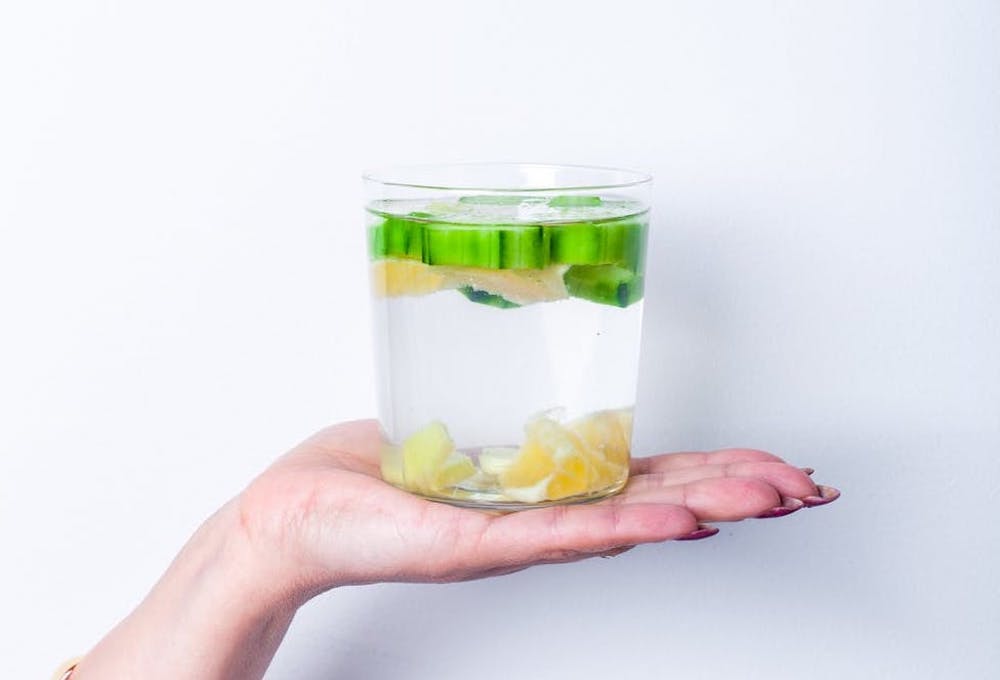 Getting enough sleep can improve your overall health. Did you know that when you don’t get enough sleep, your cortisol levels spike?

Yes, cortisol is the stress hormone and it can very easily be triggered by lack of sleep, and it can definitely wreak havoc on your skin by turning it pale and discolored, as well as make the dark circles more prominent.

Allow yourself eight hours of rest to improve your health and the appearance of your skin.

Cucumbers contain a number of antioxidants that you can absorb through your skin.

The brightening effects of antioxidants such as Vitamins C and K may help reduce the appearance of puffiness and dark circles under the eyes.

Thick and cooled cucumber slices reduce the accumulation of fluid and toxins under your eyes.

Besides being effective in minimizing dark circles, it also feels fantastic to cool down for ten minutes in the evening and relax with some cucumbers on your eyes.

The caffeine in black and green tea has a positive effect on puffy eyes as well as dark circles. Caffeine is known to constrict the blood vessels which helps in reducing puffiness.

They also contain powerful antioxidants that can effectively minimize the appearance of dark circles under the eyes.

Soak two black or green tea bags in hot water for a few minutes. Let them chill in the refrigerator for some 20 minutes and apply the cold tea bags to your eyes once they are ready.

You will be able to notice how they become warmer and the skin around your eyes will feel cool and hydrated.

5. Stick To A Good Skincare Regimen

The skin in the under eye area is naturally thin and delicate which makes the blood vessels beneath it more visible.

Introducing antioxidants such as Vitamin C can help you prevent the appearance of dark circles under your eyes by strengthening the skin.

Vitamin C is a powerful antioxidant that fights against harmful free radicals. Free radicals are molecules that typically attack and damage the collagen-producing cells in our skin.

Vitamin C helps promotes good collagen production and more resilient to wrinkling on especially thin areas such as the under eye skin.

It also contains a brightening effect that helps to maintain a strong and healthy circulatory system.

Vitamin E is another powerful antioxidant that protects the body against free radical damage.

You can get plenty of vitamin E by eating the right foods. Abundant sources of vitamin E include olives, nuts, avocado, mangos and plenty of other foods.

Vitamin E oil can be used to massage the dark circles under your eyes before you go to bed. Leave this on your skin and repeat night after night for amazing brightening results.

Sunscreen is your ultimate protection and defence against overproduction of melanin that can aggravate the appearance of dark circles under the eyes.

Using a high SPF factor with gentle ingredients such as zinc oxide and titanium dioxide can protect the delicate area under the eyes without causing any irritation.

Wearing sunglasses while you are exposed to the sun can also be a useful trick to prevent the appearance of dark circles under the eyes.

The eyes are the most sensitive visible part of our body so fully protecting them is of utmost importance.

There are many cosmetic procedures and options that you can talk to your dermatologist about such as dermal fillers, lasers, light treatments, and chemical peels for lightening dark circles and reducing wrinkles around the eye area. 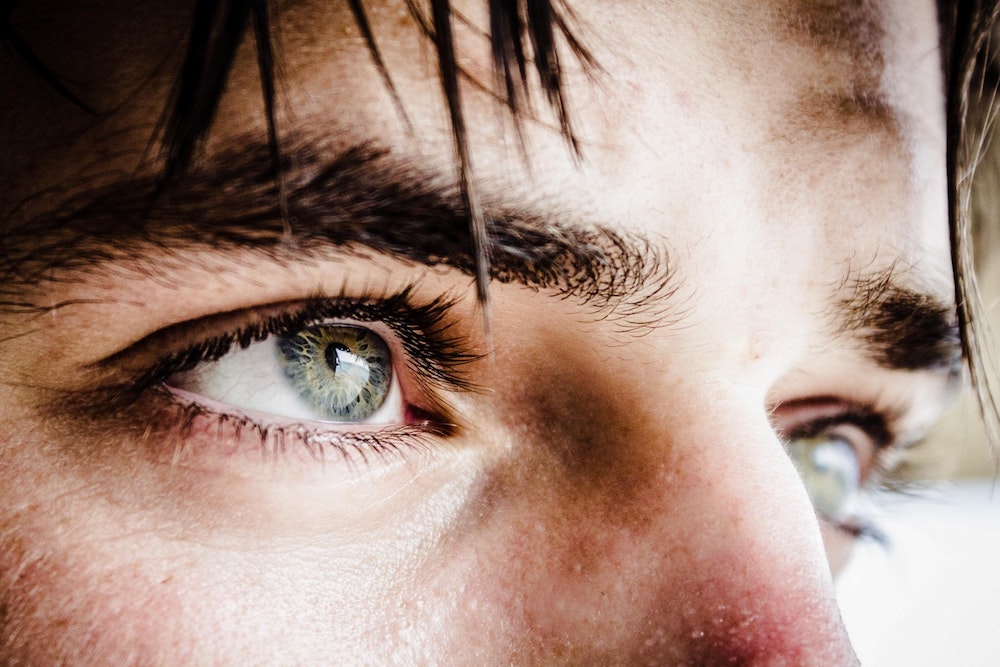 While dealing with dark circles under the eyes can be a persistent and annoying occurrence, luckily they are not here to stay.

There are a number of effective ways to treat dark circles but it is always good to start making positive life changes in order to improve your overall health.

This article shows you several effective ways of how to get rid of dark circles under the eyes. 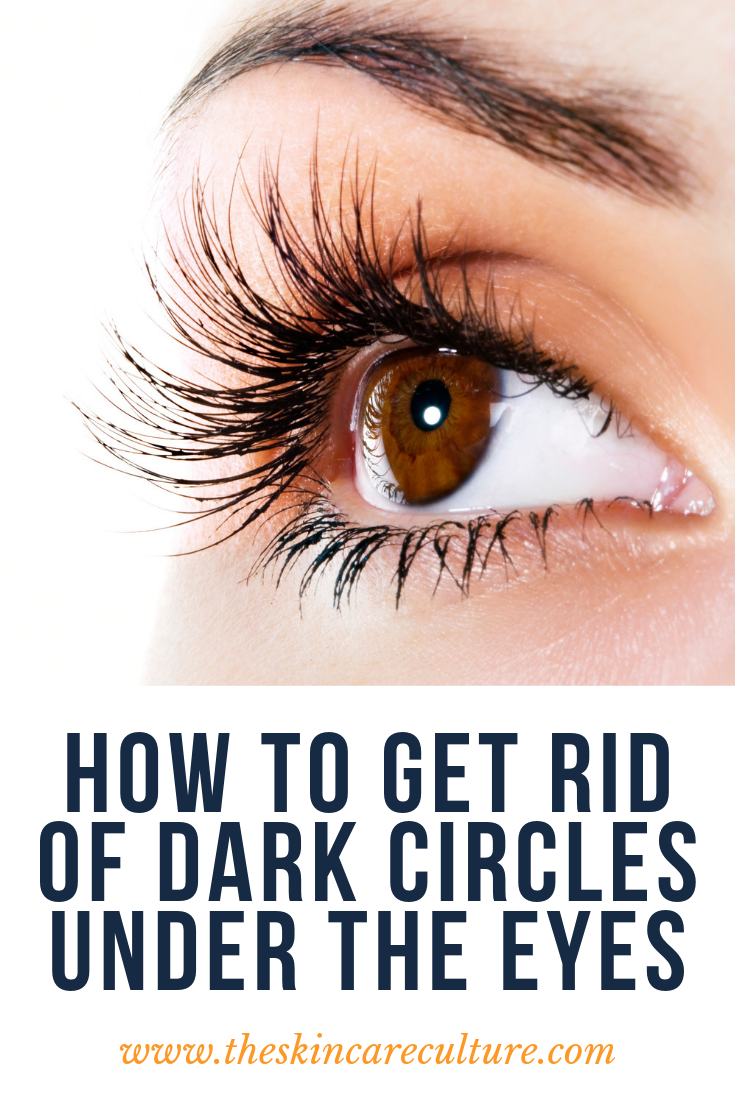 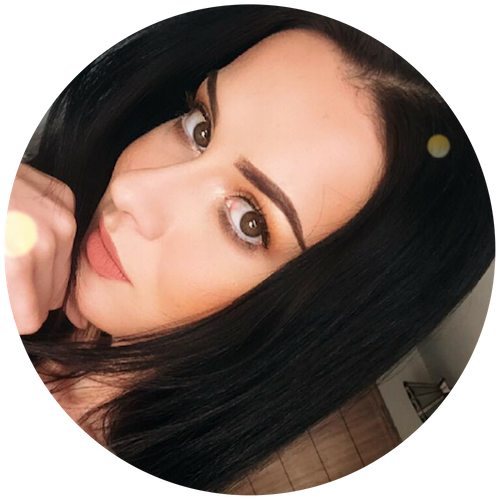 Coping with obnoxious acne breakouts made me endeavour and find a solution to my problem, also inspiring me to pursue a career in this beautiful and rewarding industry. I’m a certified esthetician, and I’m passionate about giving you a healthy, happy, glowing skin – you can read more about me here.