The hype surrounding glutathione’s lightening properties has resulted in physicians frequently referring to it and administering it as a “wonder” drug for treatments of hyperpigmentation.

But how does glutathione work? And what are some of the glutathione benefits for the skin?

Besides every other product for skin whitening out there on the market, can this ingredient that is ridiculously hard to pronounce offer some head-turning results and outstanding benefits?

Yup, although it sounds complicated and quite frankly – little shady, many people swear by it and its lightening properties.

Frankly speaking, I am not someone who is easily impressed or convinced for the matter in product efficacy, not until I have all the necessary information and research to convince me otherwise.

So as always, I did extensive research on this particular ingredient, and here’s what I found.

Here’s everything I will cover below: 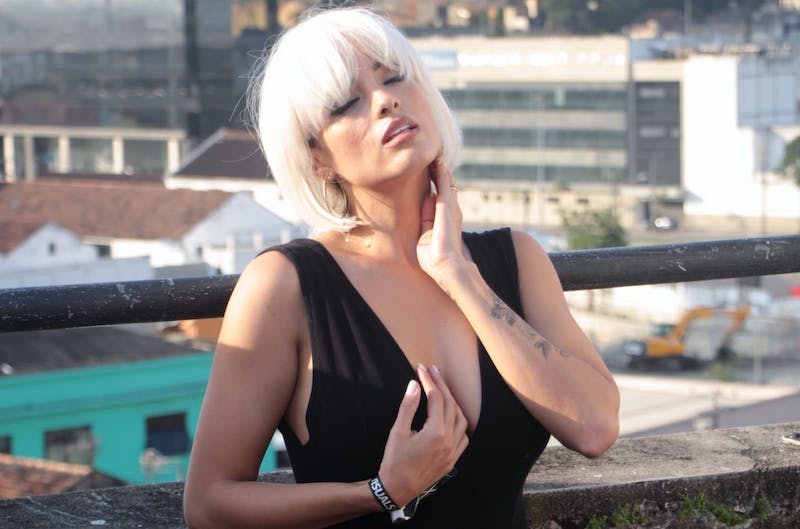 Glutathione is a low molecular weight, a water-soluble tripeptide that plays a prominent role in maintaining intracellular redox balance.

It is an antioxidant that is created and used by every cell in our body. It protects the body from damage, disease, and even deterioration.

Glutathione is made up of three different amino acids: glutamine/glutamic acid, glycine, and cysteine, which work in unison to offer skin-restoring benefits when used in topical products.

Besides its remarkable antioxidant properties, it has been discovered that glutathione has antimelanogenic properties which means that it has the ability to inhibit the melanin-producing enzyme, tyrosinase.

Melanin is the brown pigment that determines the color of our skin.

The Benefits of GlutathioneFor The Skin.

The discovery that glutathione has antimelanogenic properties has led to its massive promotion as a skin-lightening agent.

It is widely used for this indication in some ethnic populations, being aggressively popular in some Asian countries like the Philippines and even India.

Moreover, people who seek fair complexion or a new treatment to aid their facial melasma are typically Internet and social media savvy. Ouch!

It is very possible that pharmaceutical companies that manufacture intravenous glutathione may have a marketing agenda and pursue dermatologists to administer this “drug” to such patients.

Not surprisingly, the trend of recommending and administering glutathione has increased within months of it becoming available.

However, it is important to note that there may be potential adverse effects that we don’t know about due to the lack of evidence and studies done on the subject.

On the other hand, it is proven that glutathione has potent antioxidant properties. Glutathione has been shown to scavenge free radicals induced by excess UV radiation.

Since it is an antioxidant, it has the ability to neutralize the free radicals that damage the skin at the cellular level to cause aging and discoloration.

A recent study on melasma-concerned patients noted that significantly higher levels of glutathione could brighten and reduce the dark patches on the skin.

It is also confirmed that, as a potent antioxidant, glutathione reduces the oxidative stress in the skin caused by environmental aggressors.

While glutathione’s potential in the management of melasma and hyperpigmentation may seem plausible due to the antioxidant properties, it doesn’t mean that you need to go ahead and start using it straight away if you have similar concerns.

Other treatments such as topically applied retinoids and alpha-hydroxy acids have a clearly proven potential to improve hyperpigmentation after several weeks of consistent use.

How To Use Glutathione? 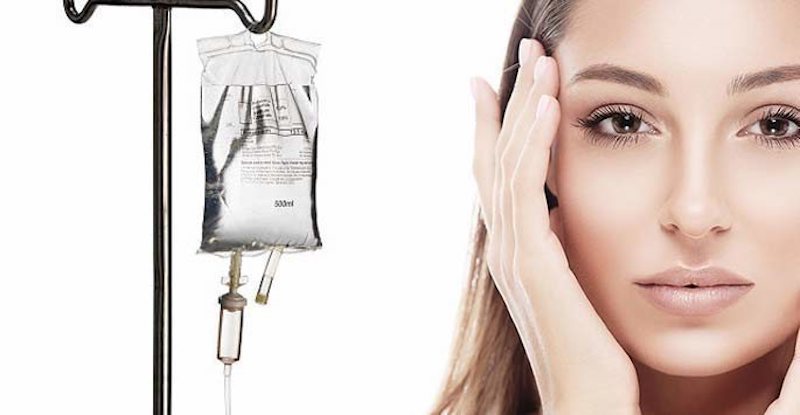 Glutathione can be taken in several different ways and it is primarily available in the form of:

However, there are two of these I would specifically like to address in further detail.

Some people prefer the convenience of an oral capsule taken alone or combined with the rest of their supplements during mealtimes.

Oral glutathione is derived from torula yeast (Candida utilis) as it is marketed as a food or dietary supplement, either alone, or in combination with vitamin C, Alpha-lipoic acid, and other antioxidants.

However, people that want more intense results take glutathione sublingually, or under their tongue. This method delivers the glutathione into the bloodstream, where it starts working immediately to break down melanin and scavenge free radicals.

Circulating glutathione is then primarily cleared by the kidneys.

Due to the low bioavailability of oral glutathione, intravenous injections are being aggressively promoted to provide desired levels of glutathione in the blood and skin and produce the intense and instant desired results of skin-lightening.

However, intravenous injections of glutathione have been used for years in some Asian countries. Still, there is not even a single clinical trial done to evaluate the efficacy of this method of administration.

Manufacturers of intravenous glutathione injections recommend a dose of 600-1200 mg for skin lightening, depending on the color of your complexion and the desired result you want to achieve.

This should be injected once to twice weekly, without any specification for the total duration of treatment.

Intravenous administration is expected to deliver 100% bioavailability of glutathione, much more compared to what you will achieve by oral administration.

However, there are no studies to support this hypothesis and concerns have been raised as this method is likely to provide an even further narrowed margin of safety due to the possibility of overdose toxicity.

Is Glutathione Worth It?

Probably not. I surely will not be the one who’s gonna go around recommending it to my readers or clients.

I would love to hear your opinions on my article as well as if you have ever had an experience using glutathione in any shape or form, do not hesitate to drop a comment below.